A system which conveys the emotions of the city. Madrid Te Abraza focuses on the essence of Madrid’s people and its open and welcoming character to build an identity that reflects all, both people from and visiting it. We relied on folklore to create a dynamic system which could narrate a vivid way of life.

Expressing the narrative
of the city


Madrid is a diverse and complex city which talks to tourists as well as its citizens, a city which encourages creativity and business, a city which embraces talent and diversity, and a city whose identity is the sum of everything and everyone.

The brand becomes the city’s own story, a story which should not be constructed as it already exists. It is Madrid narrated in such a way that everyone is involved, diverse and inclusive, which takes from the past to look to the future. It’s a city which makes you part of it from the very start, and which uses the embrace to represent characteristics which Madrid demonstrates every day.

This embrace becomes a symbol representing a city’s narrative, forming an umbrella system capable of going further than just promotion or communication in order to express Madrid’s essence and its best attributes.

A modular system to scale the narrative to infinite.

Iconic symbols of the city, its neighborhoods, and traditions to move emotions.

Organic motion graphics that embrace all.

Urban focus touchpoints to impact people on a daily basis. 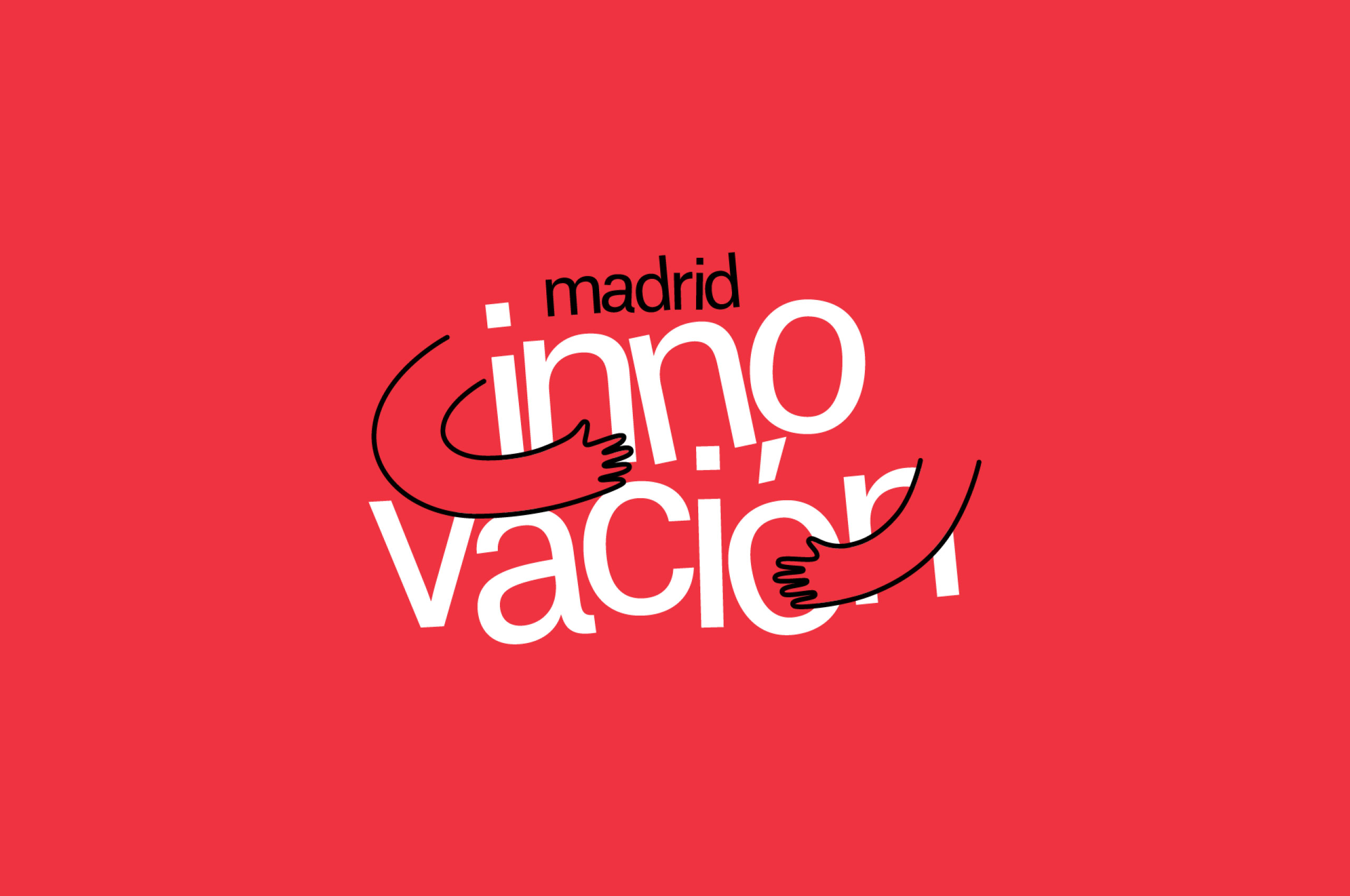 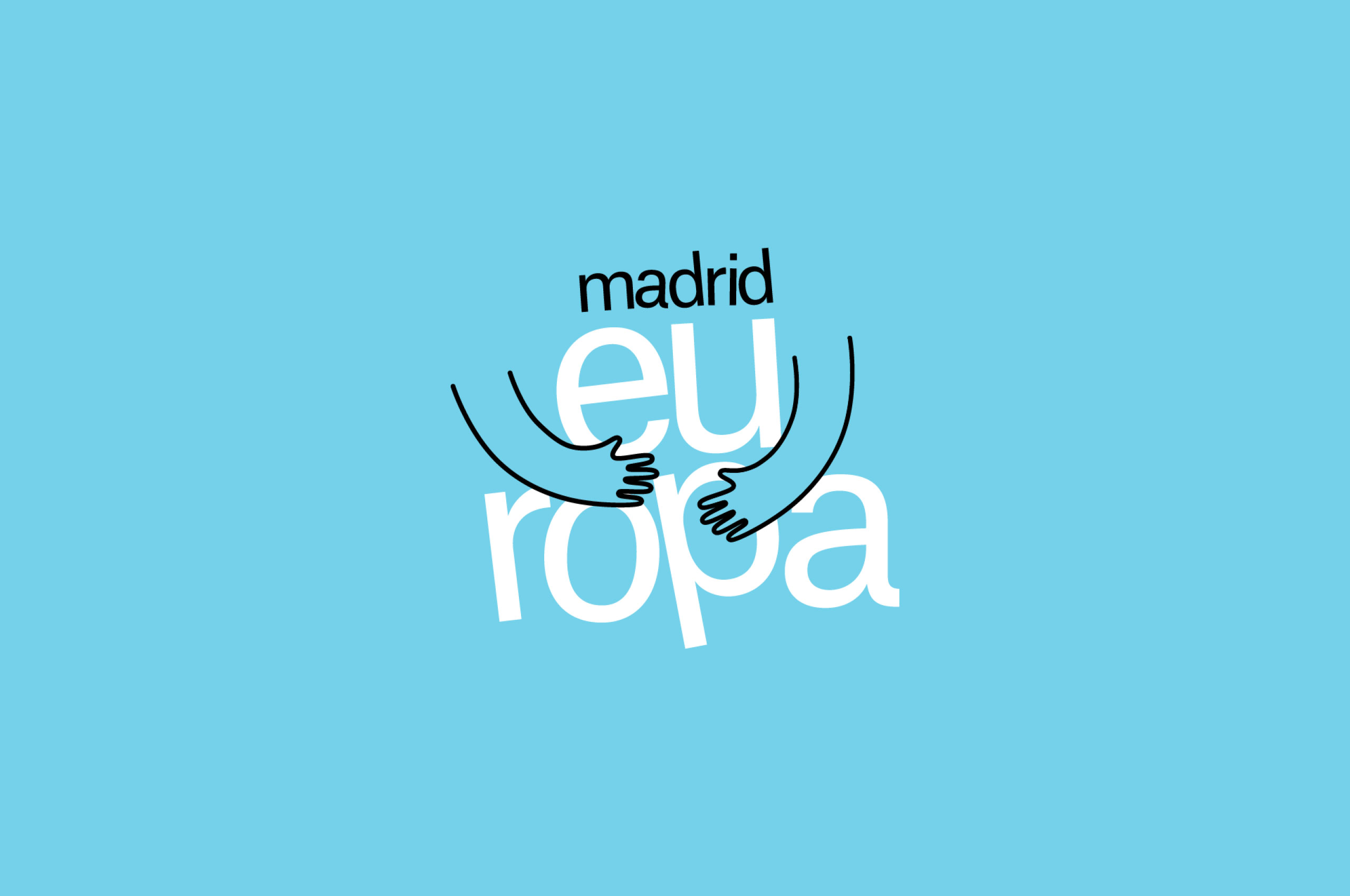 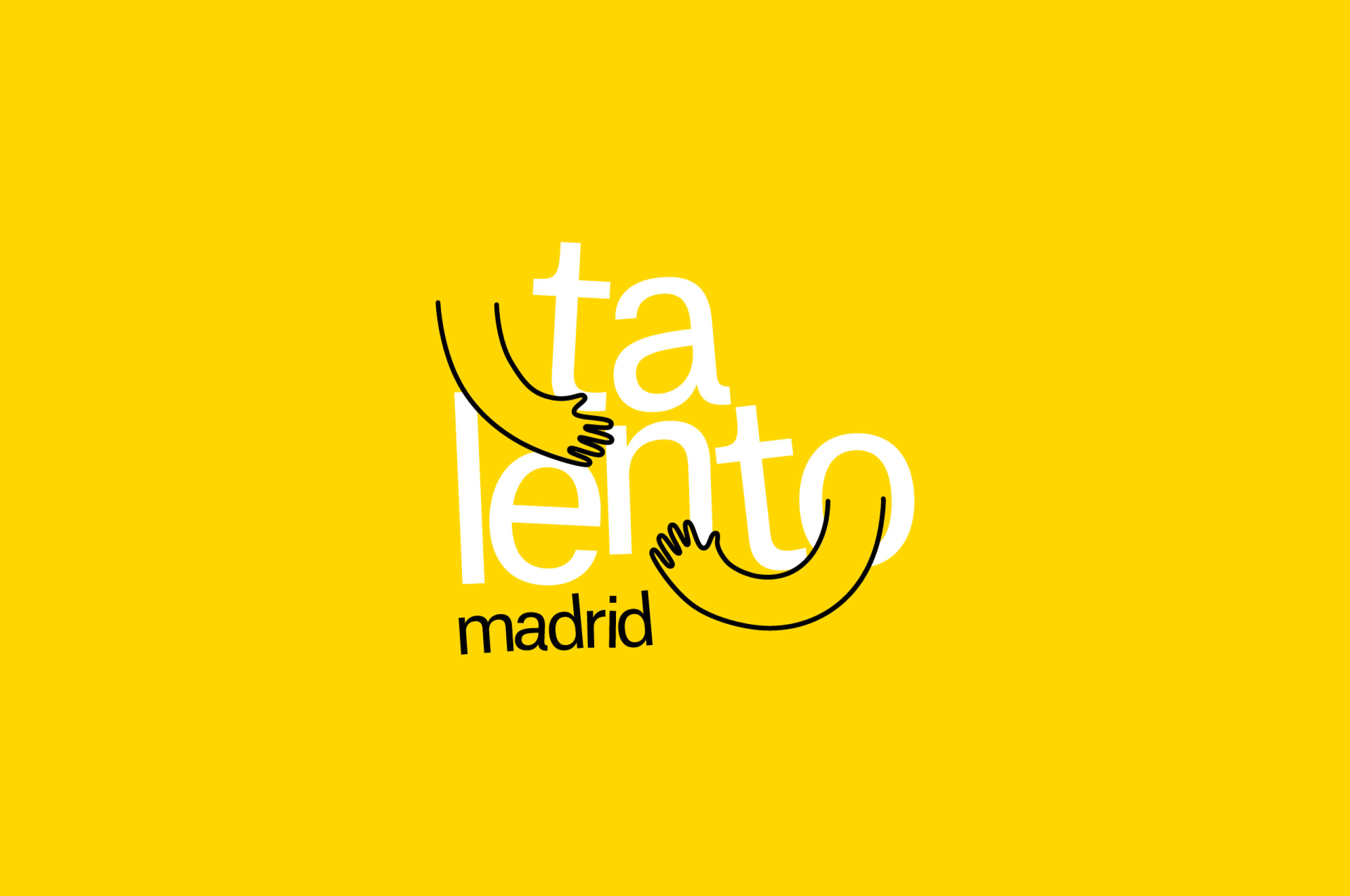 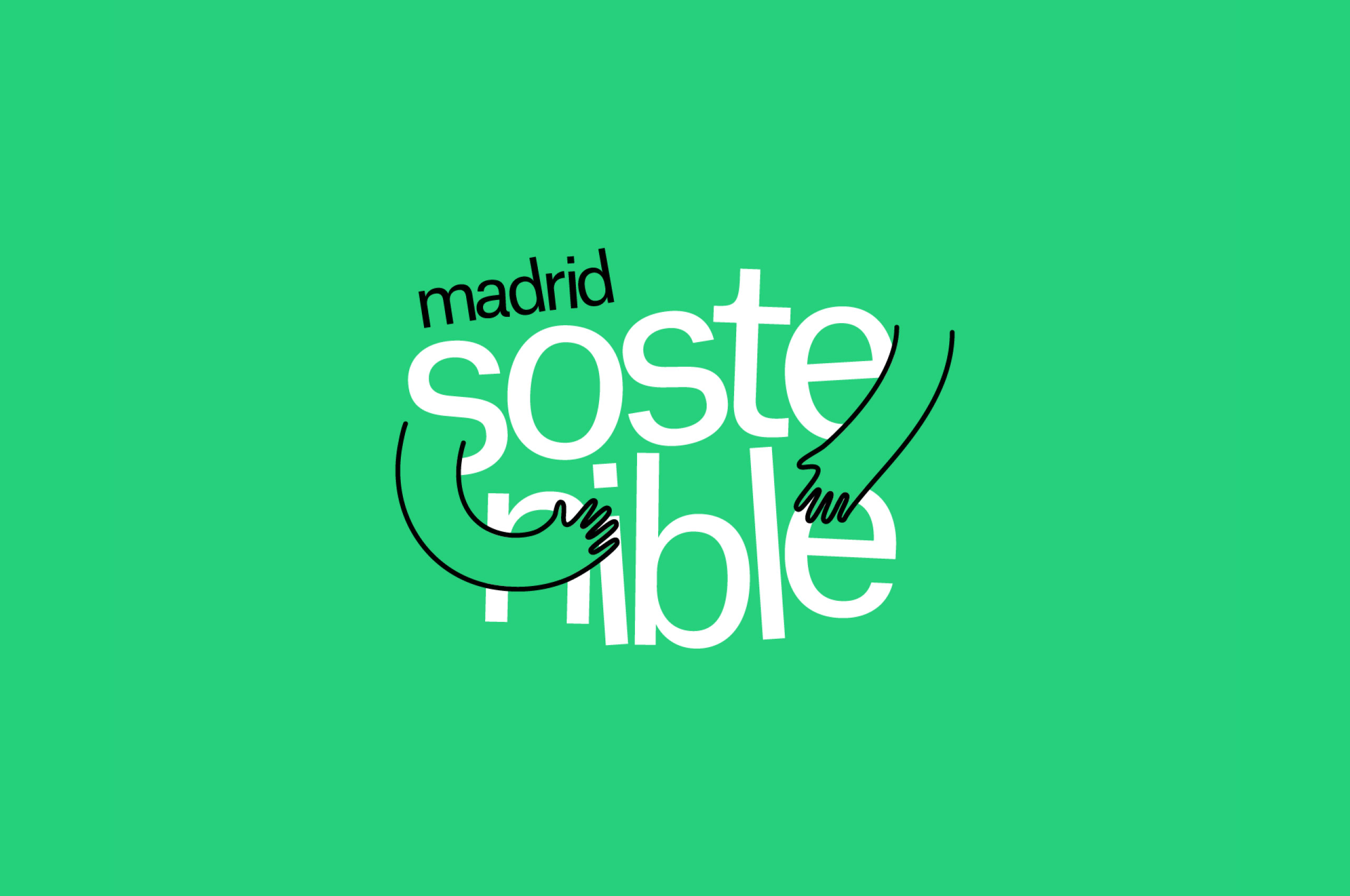 Madrid Destino and the Madrid City Council set out to find a new icon capable of representing the city’s character, as well as a diverse system which creates an attractive tale of Madrid which can stand the test of time.

Erretres took on this challenge and approached the project focusing on a system representing the variety of the city’s characteristics and qualities, but which would be recognizable and leave an impression. The embrace has always been here, so the capacity that Madrid has to make you feel part of it became the system’s key element. 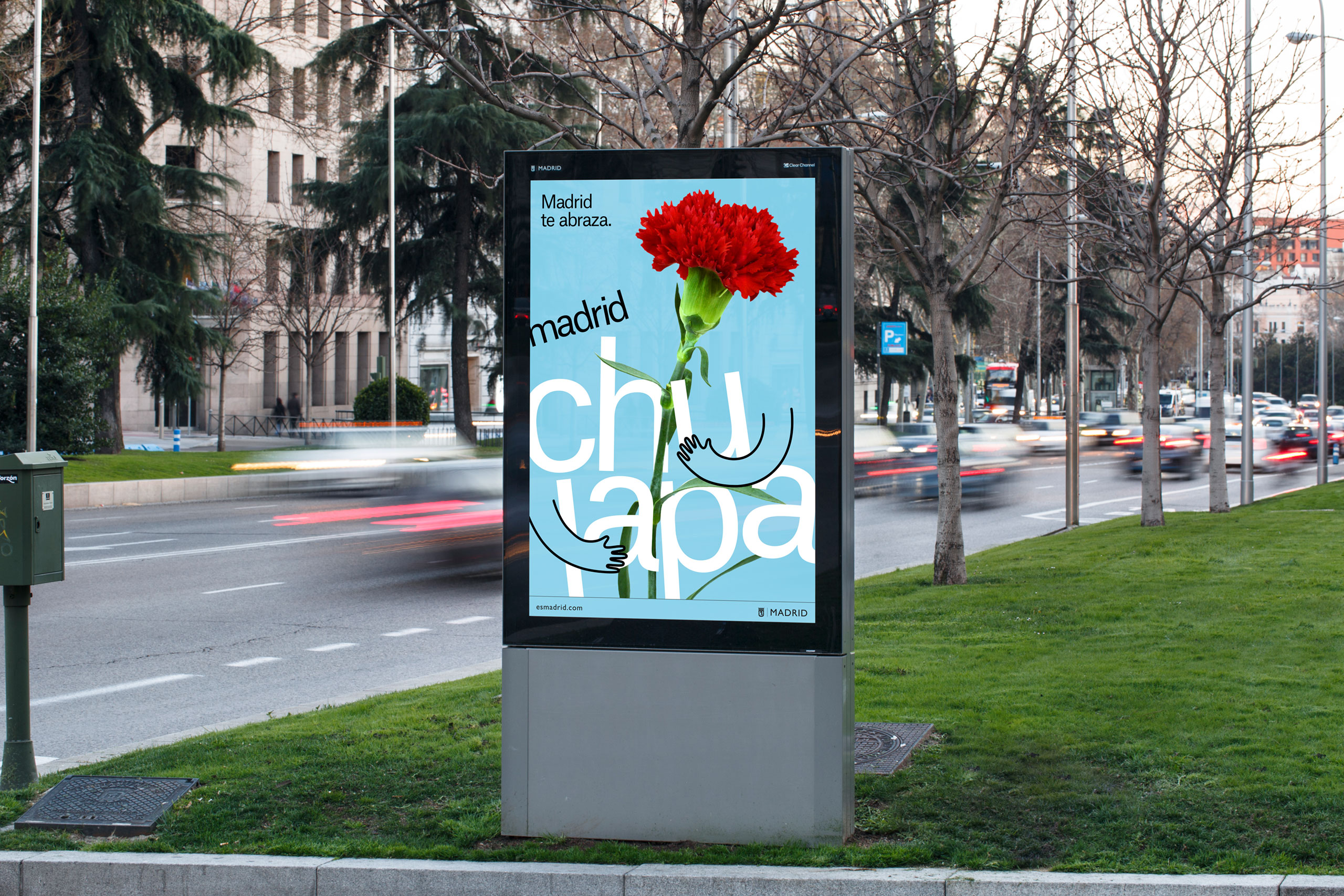 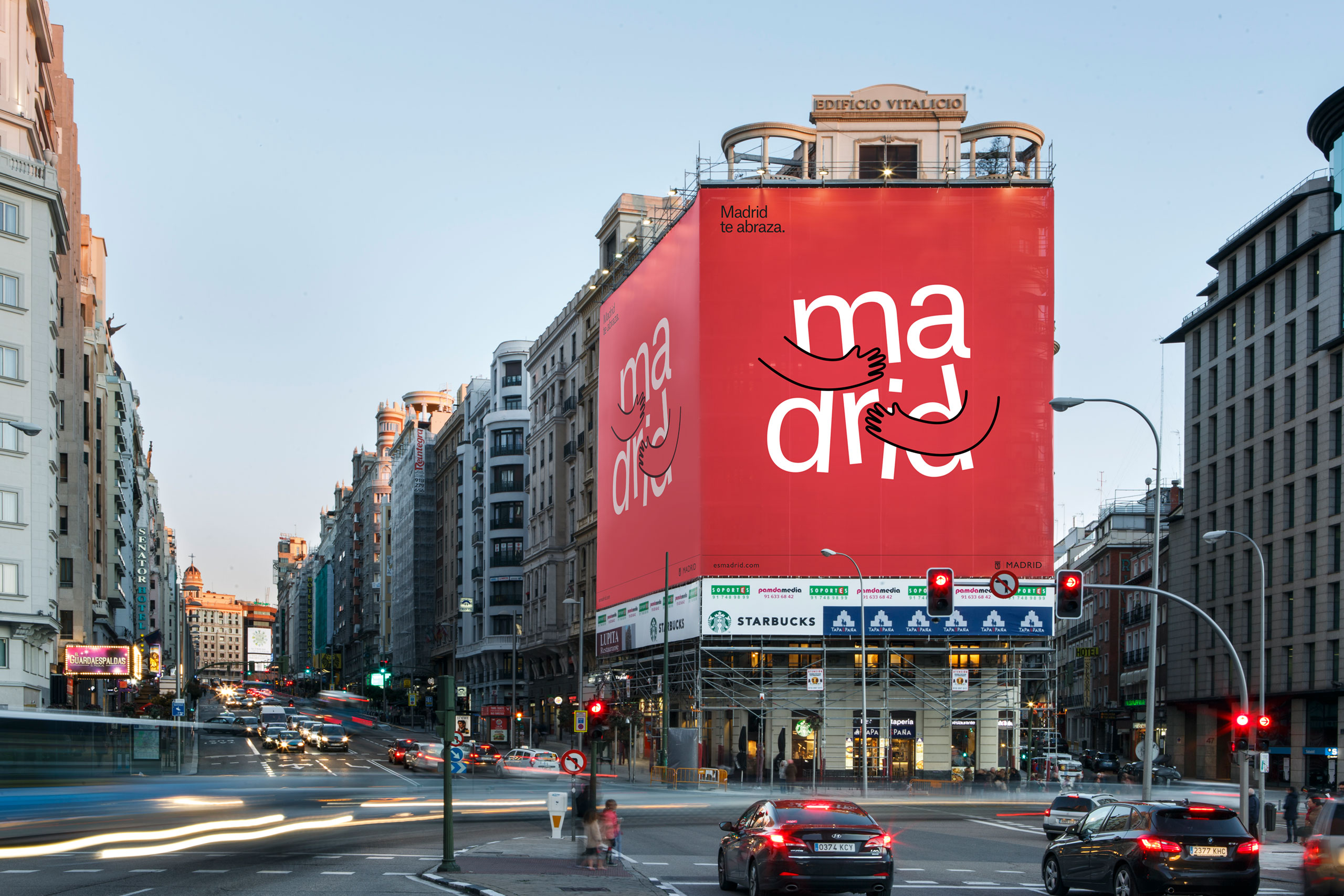 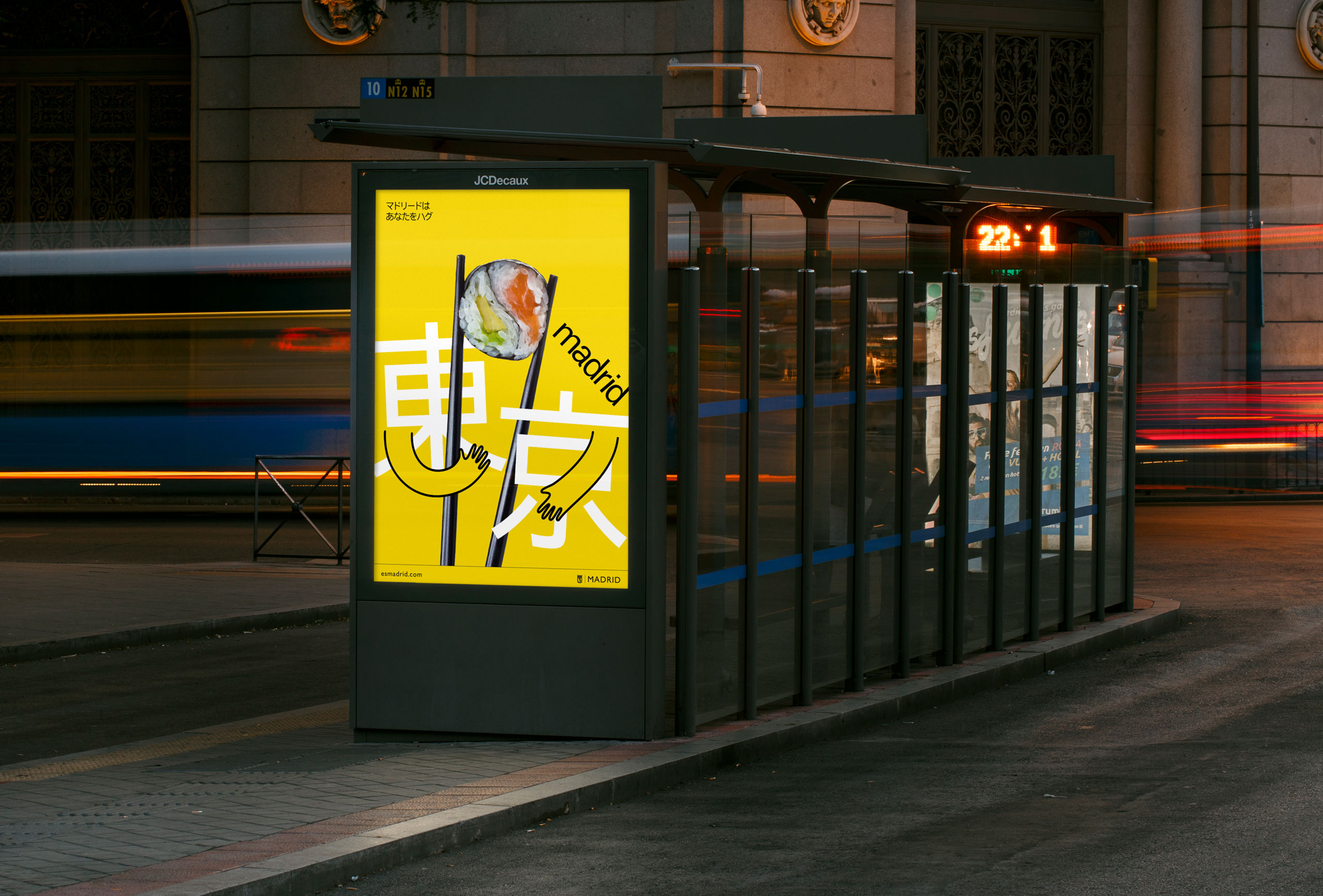 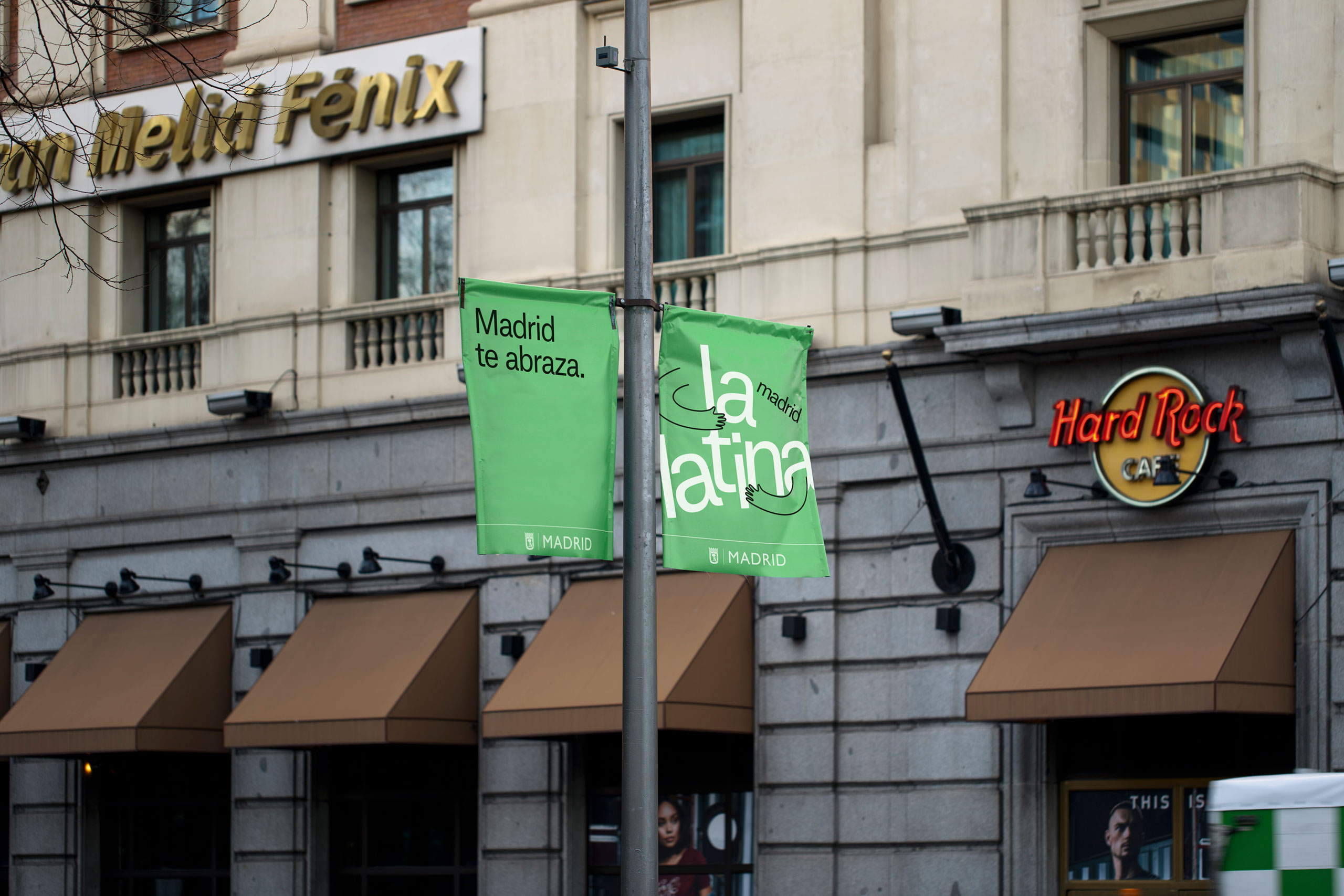 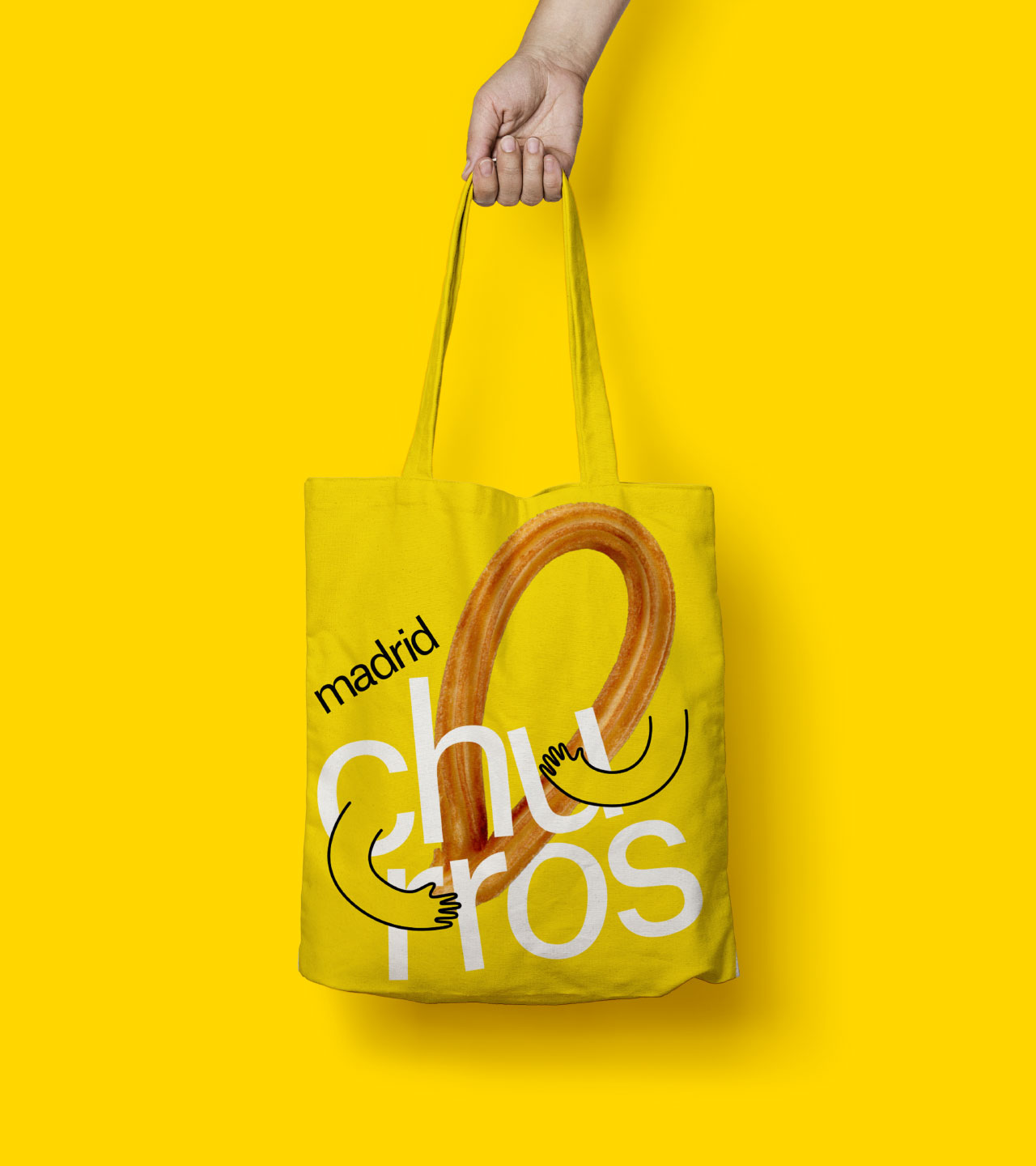 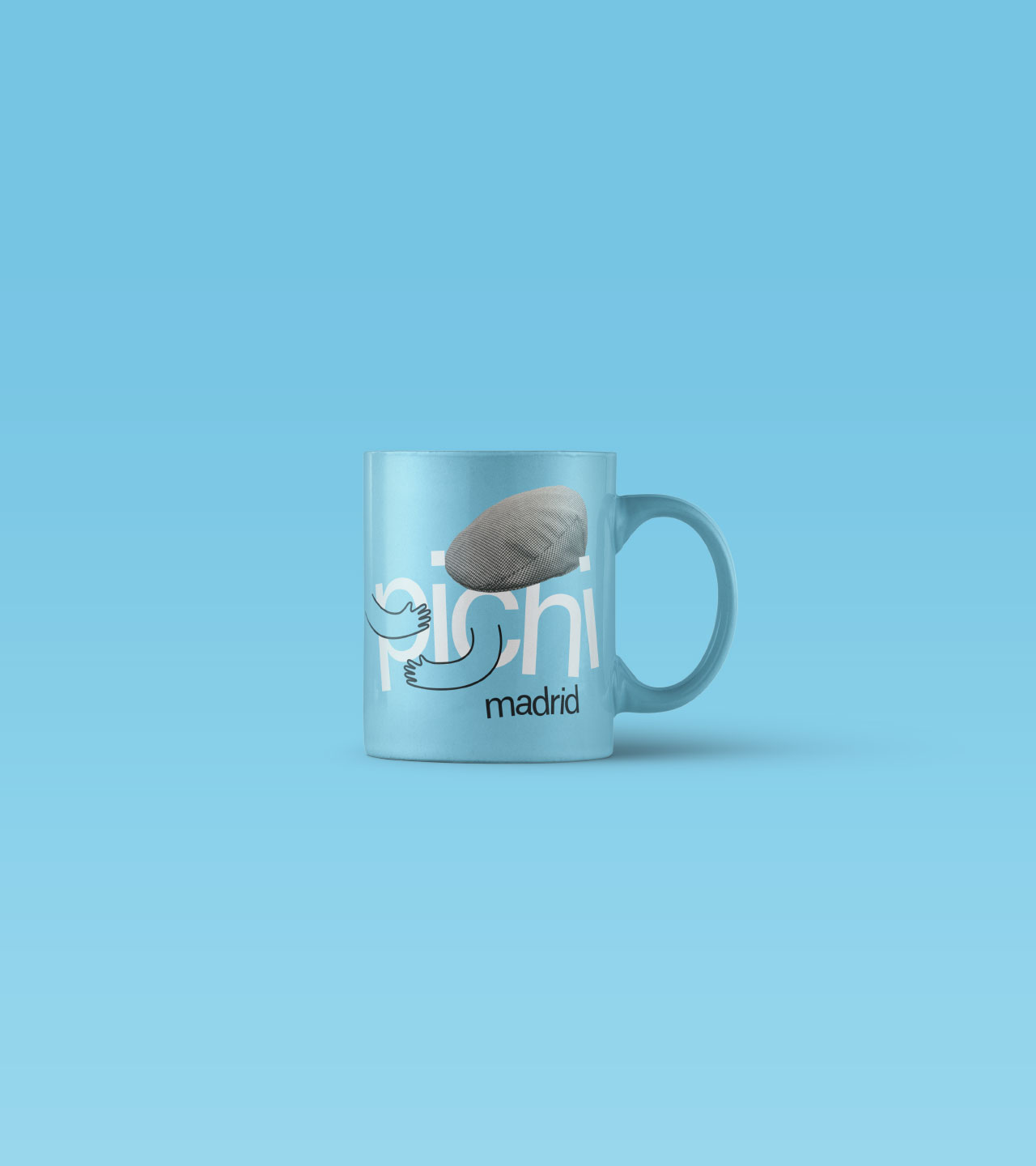 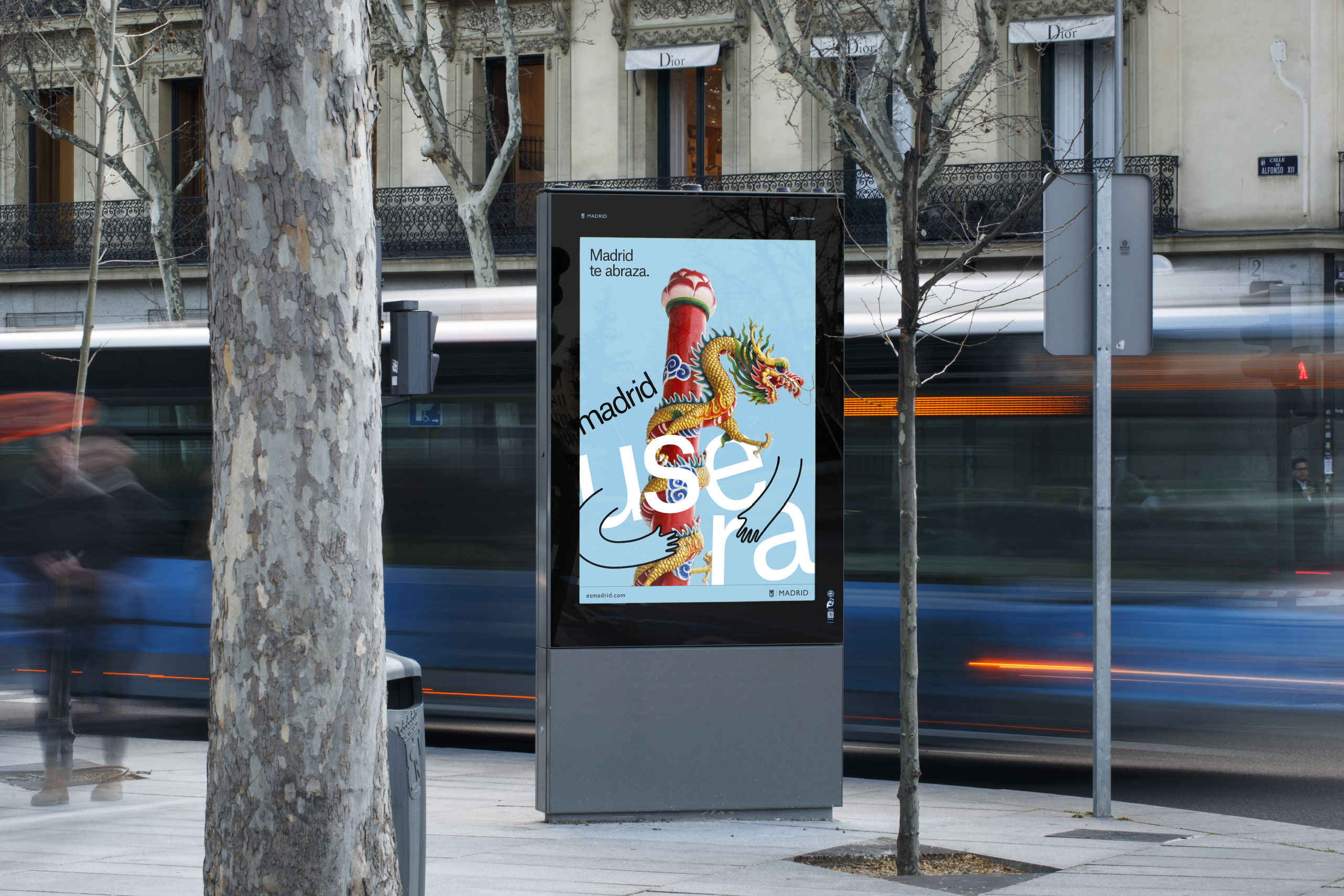 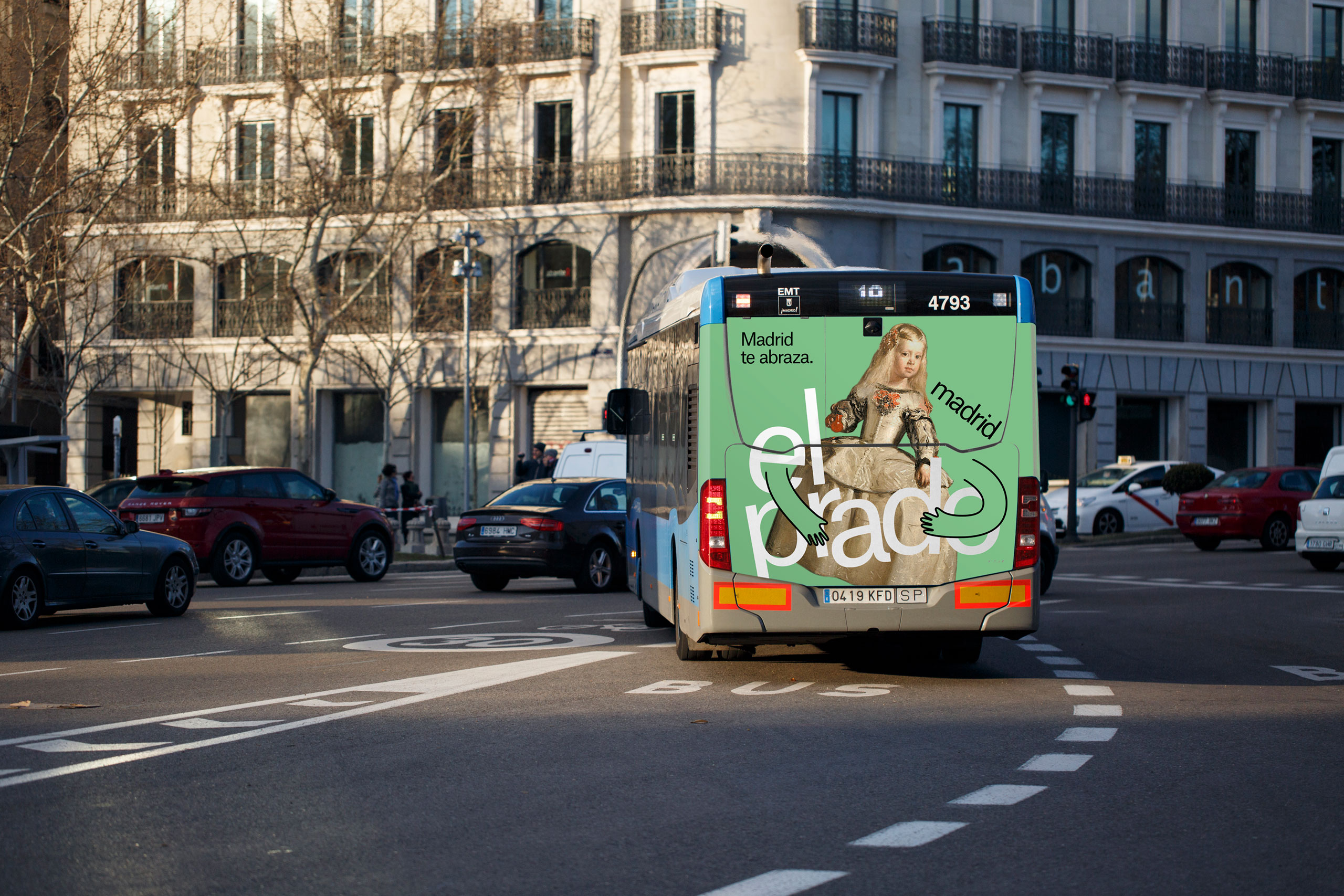 A city which embraces its traditions and values as well as its citizens and visitors. A visual system which communicates with a fresh and exciting tone to outsiders as much as it does to all those who consider themselves locals.

The use of images over a plain background allows us to isolate and strengthen the concept. The neutral typographic system places all focus on the attributes to be communicated. The reduced colour palette unifies the diversity of the messages. The sum of these elements creates a visual universe which is fresh, contemporary, diverse, adaptable, long-lasting, and moldable with time. 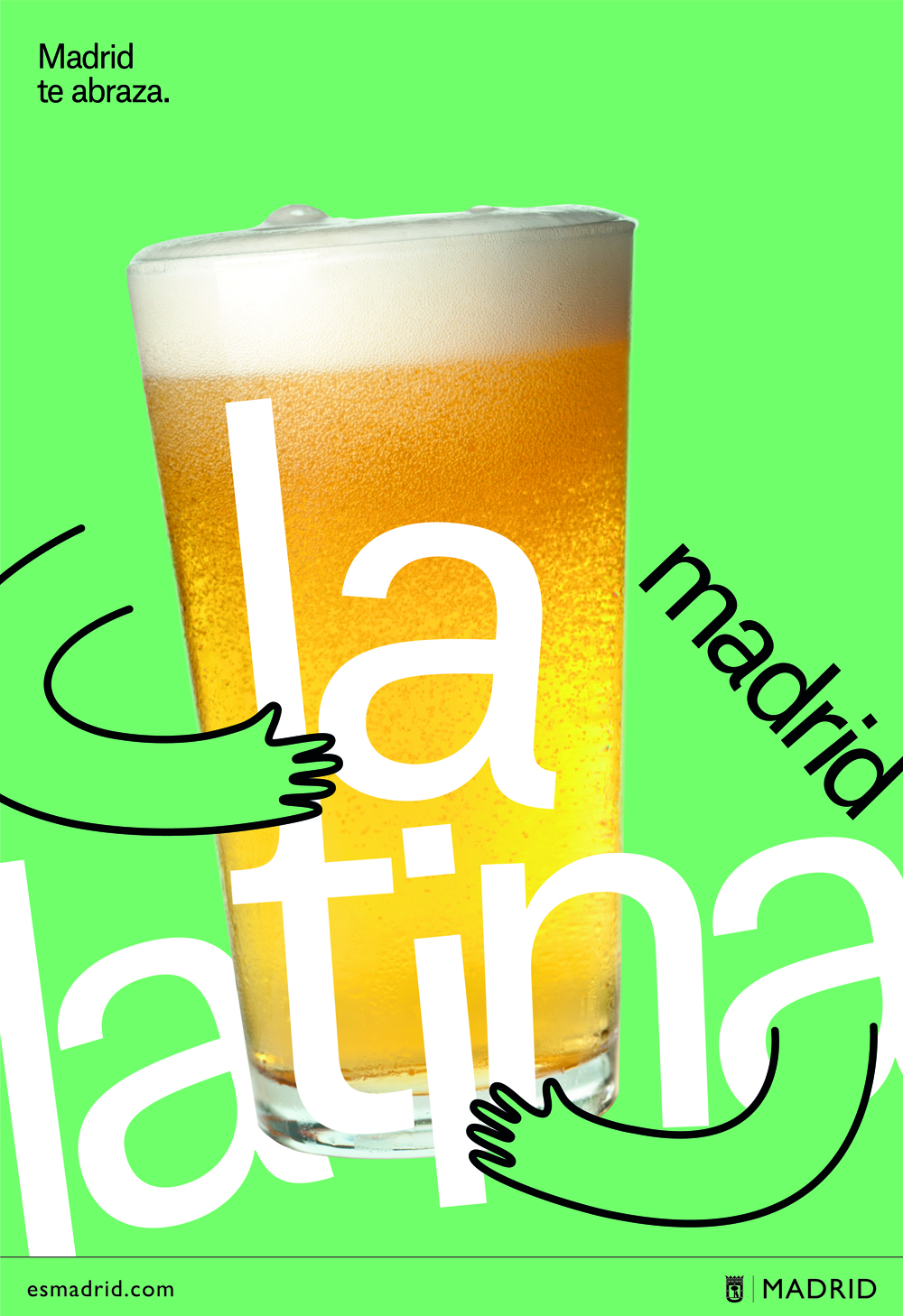 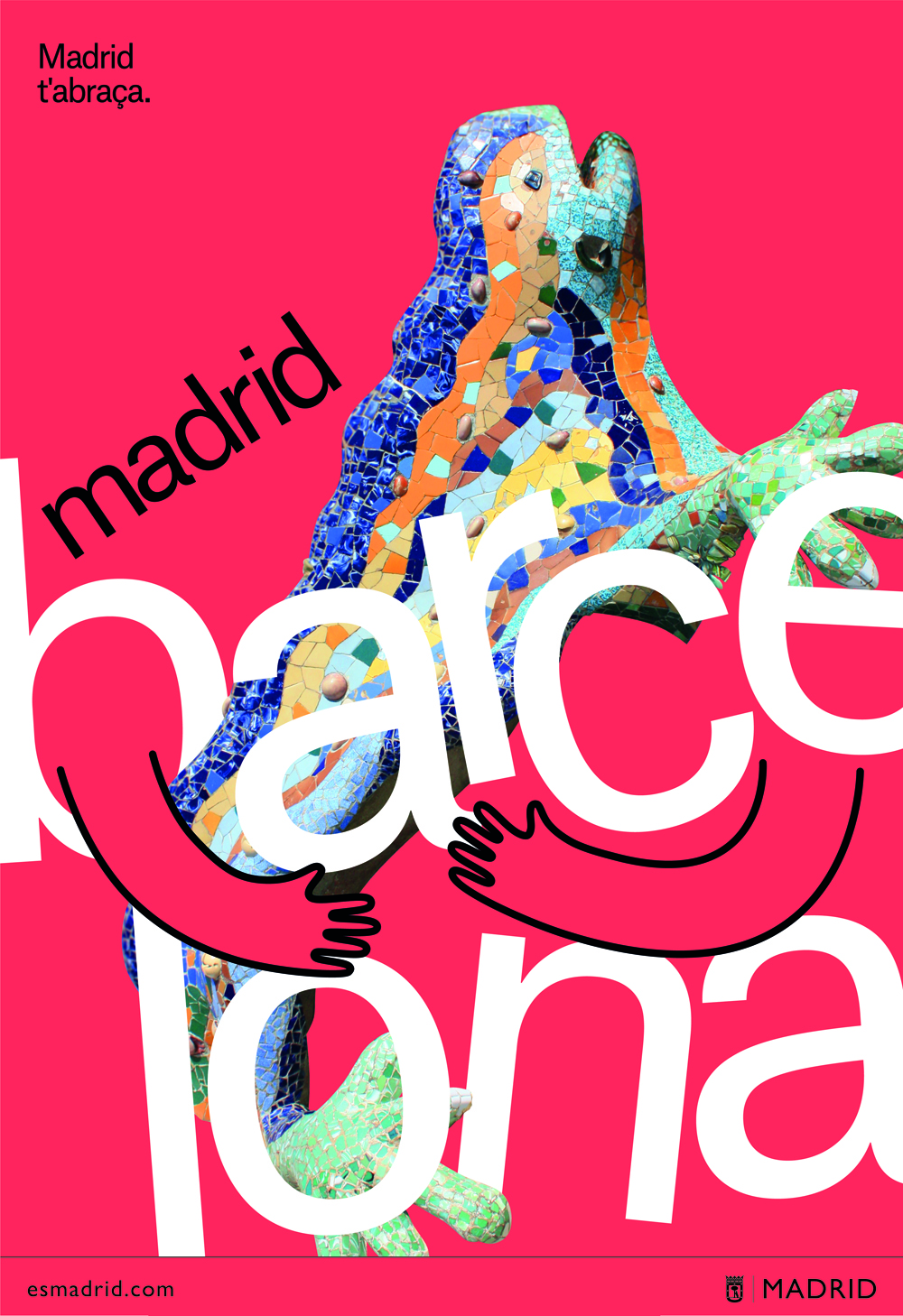 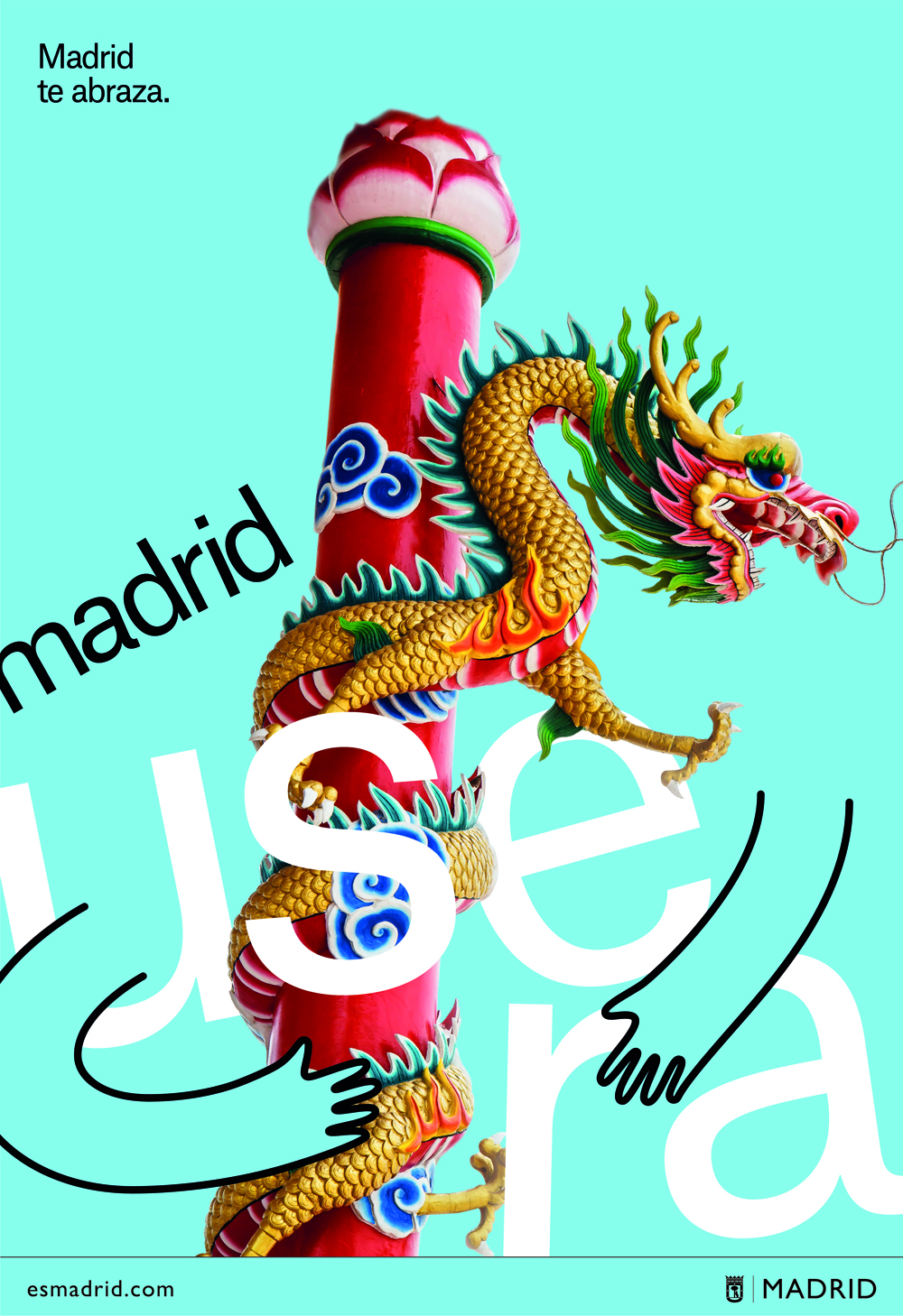 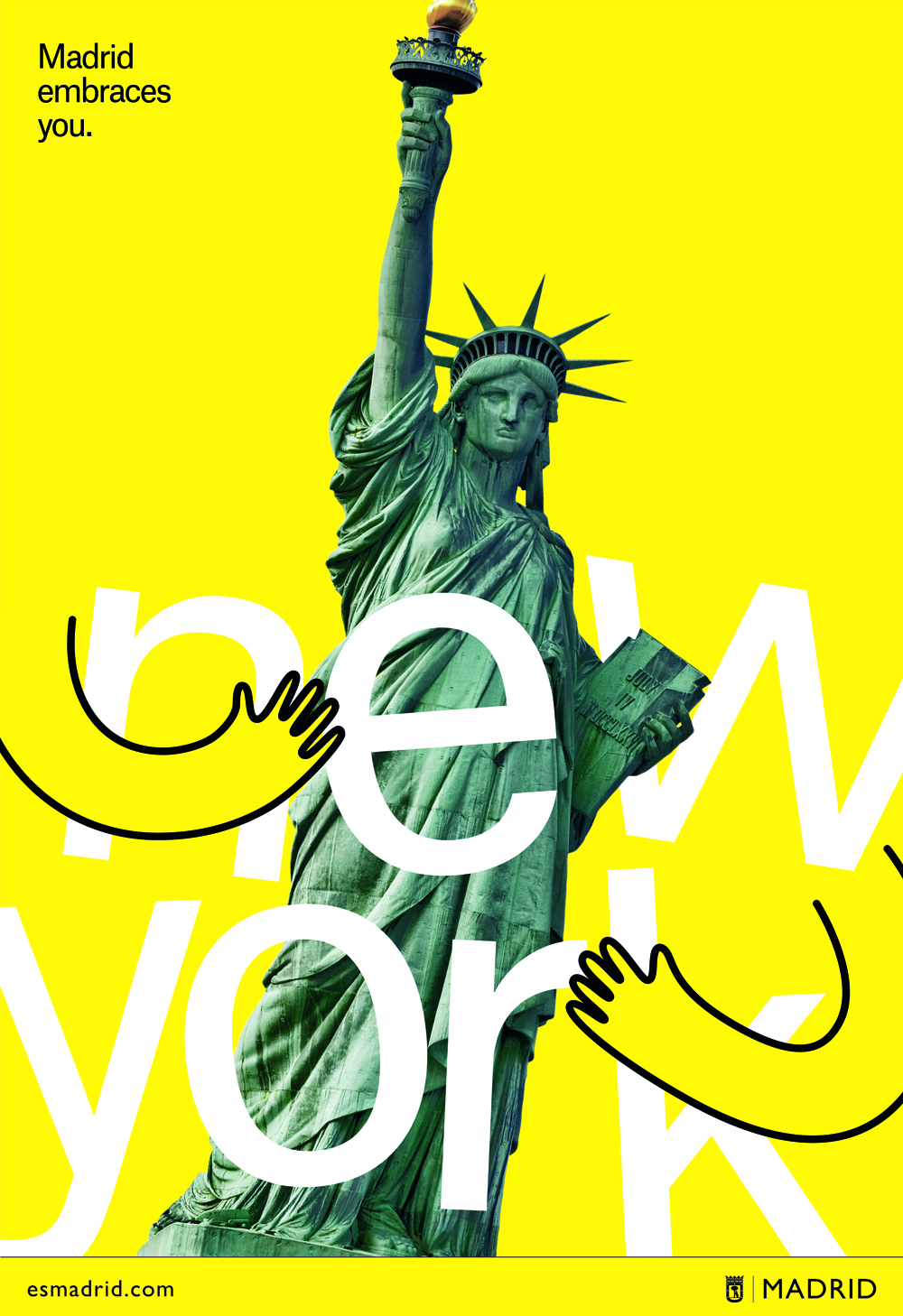 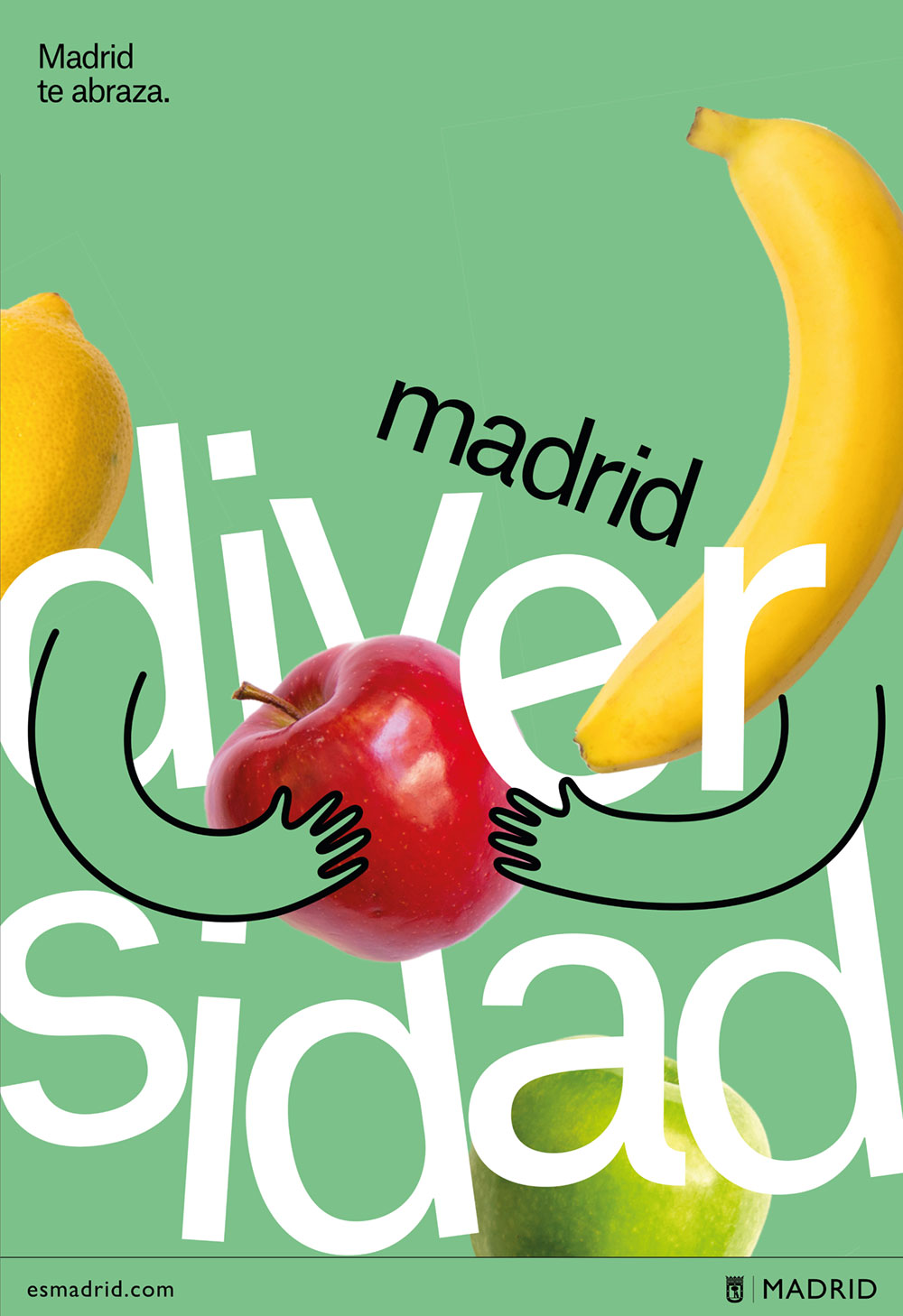 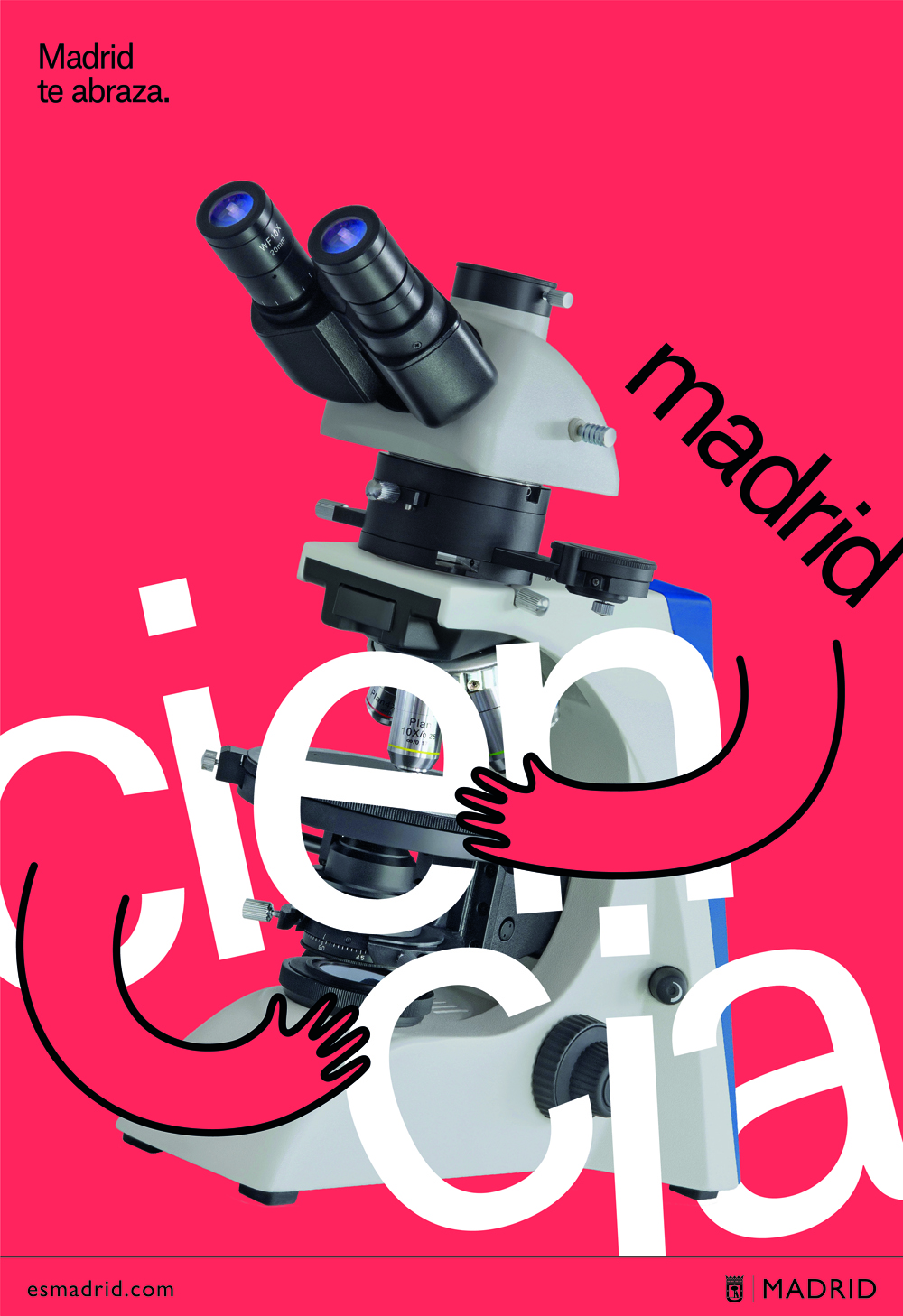 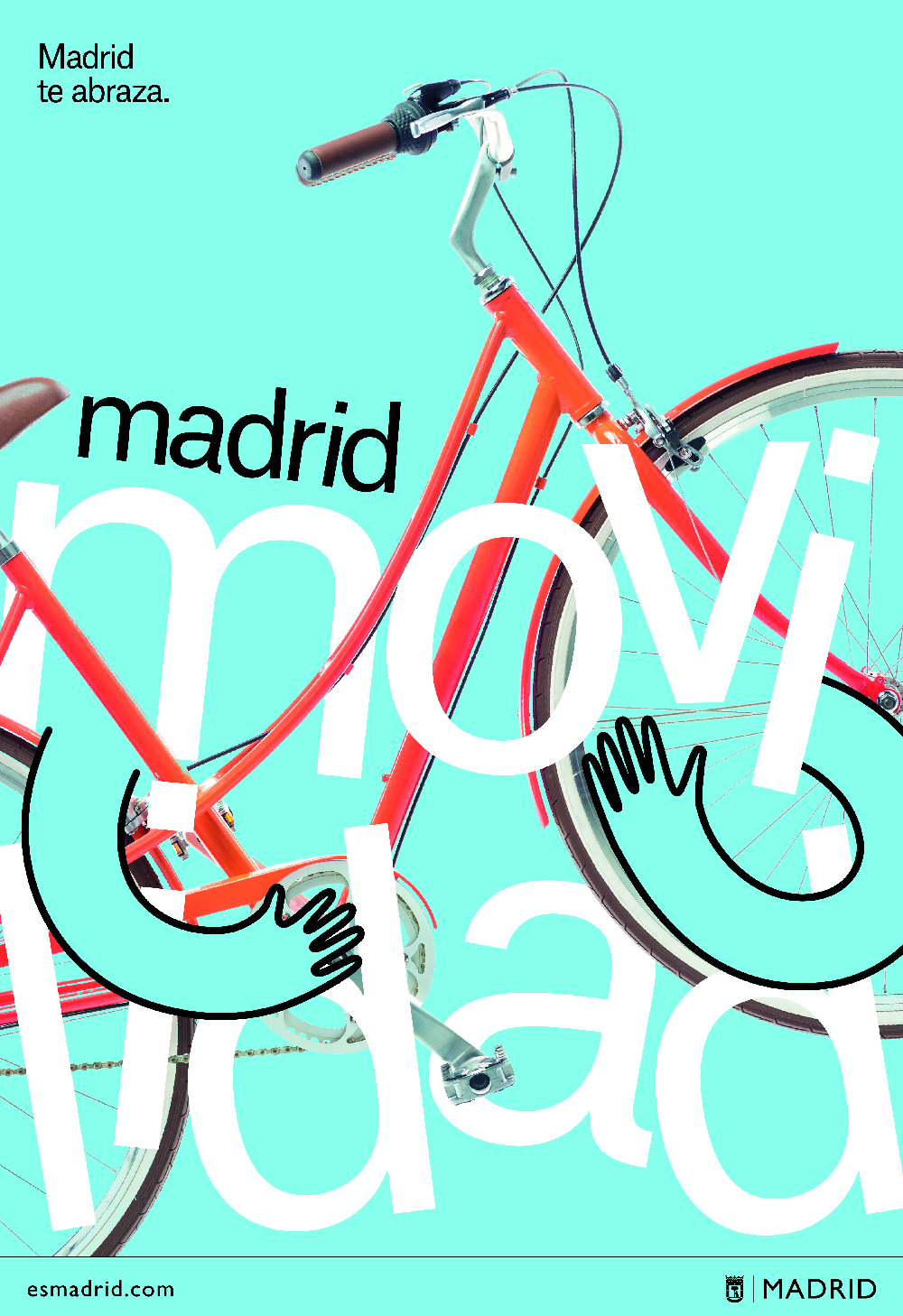 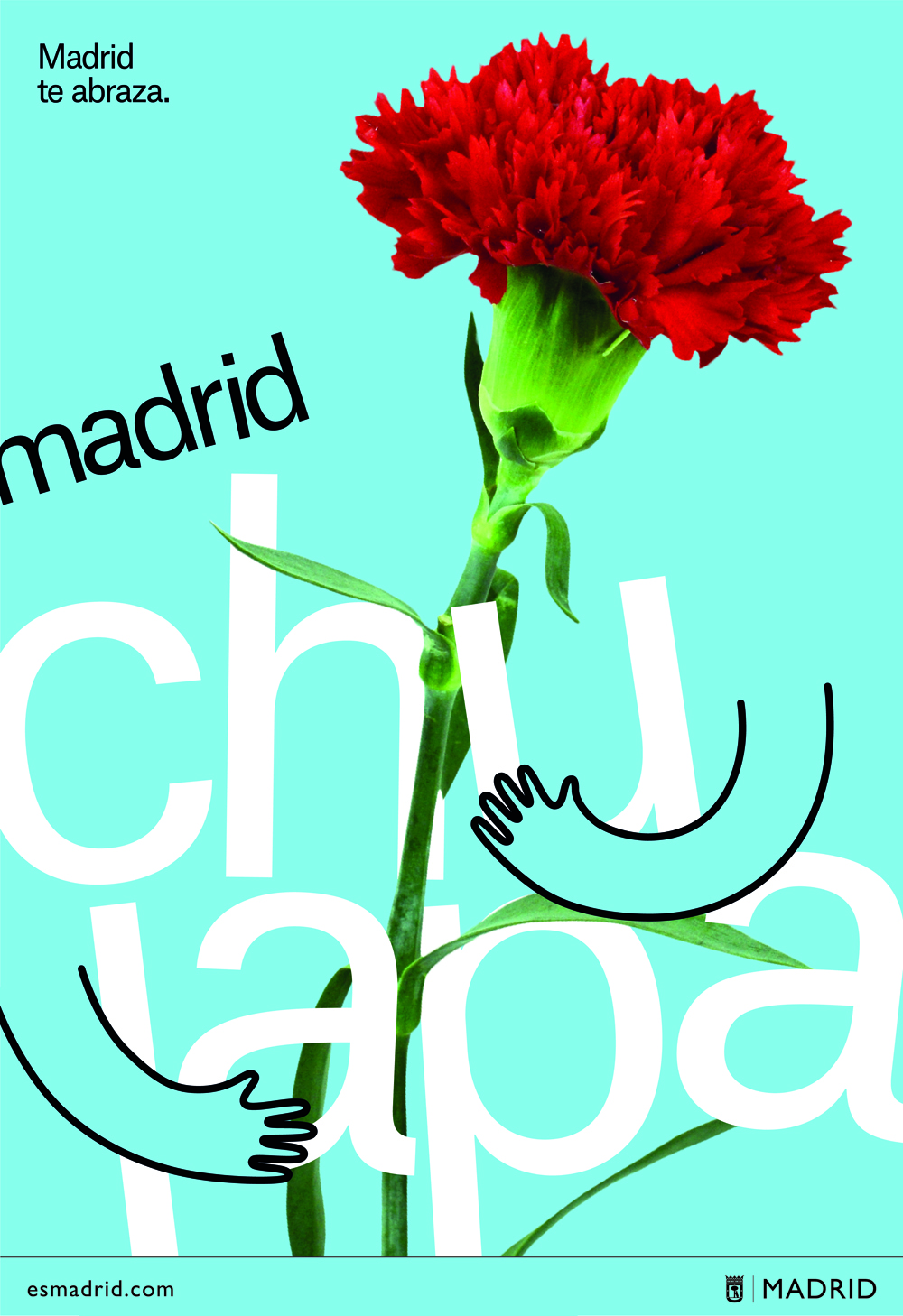 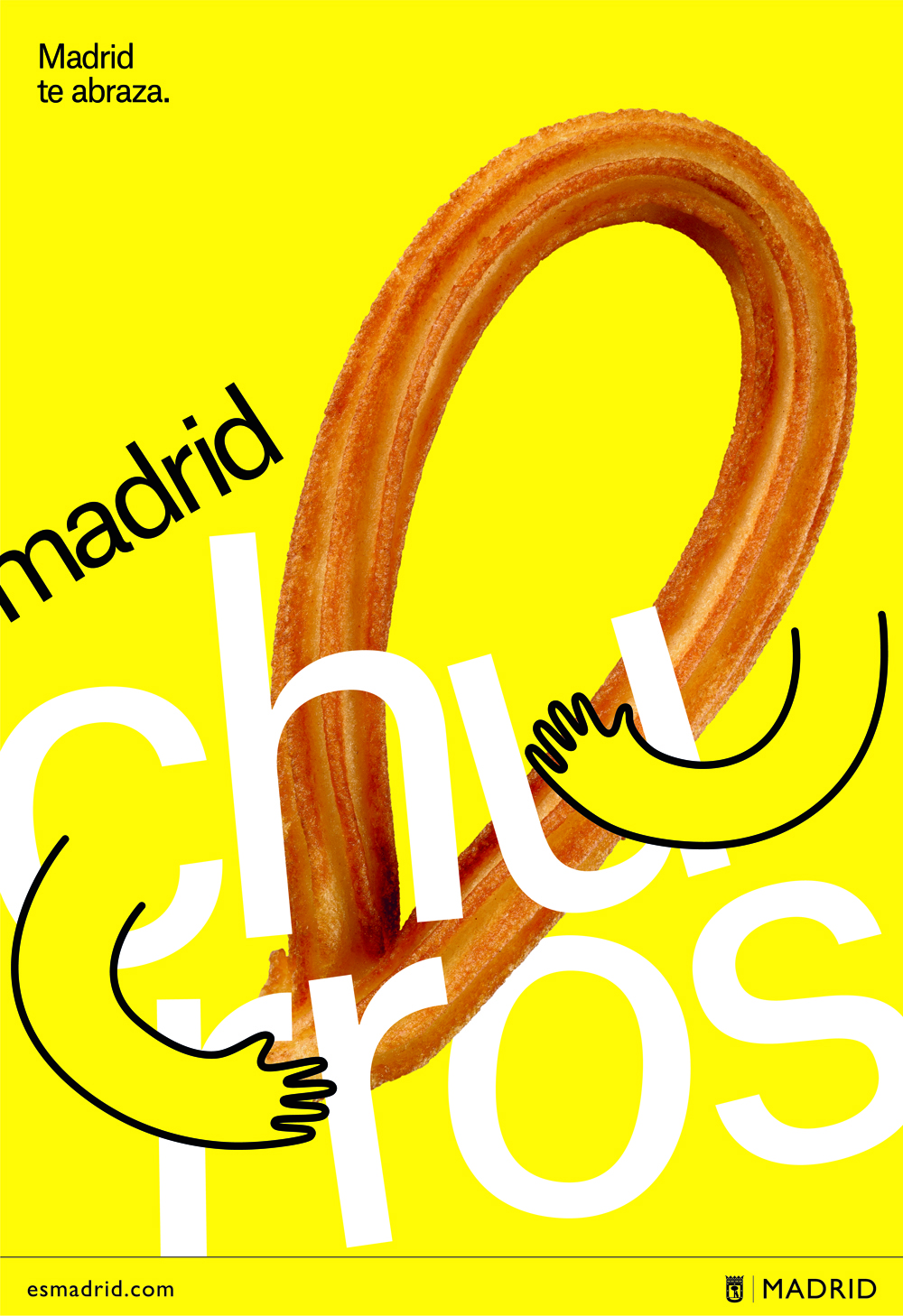 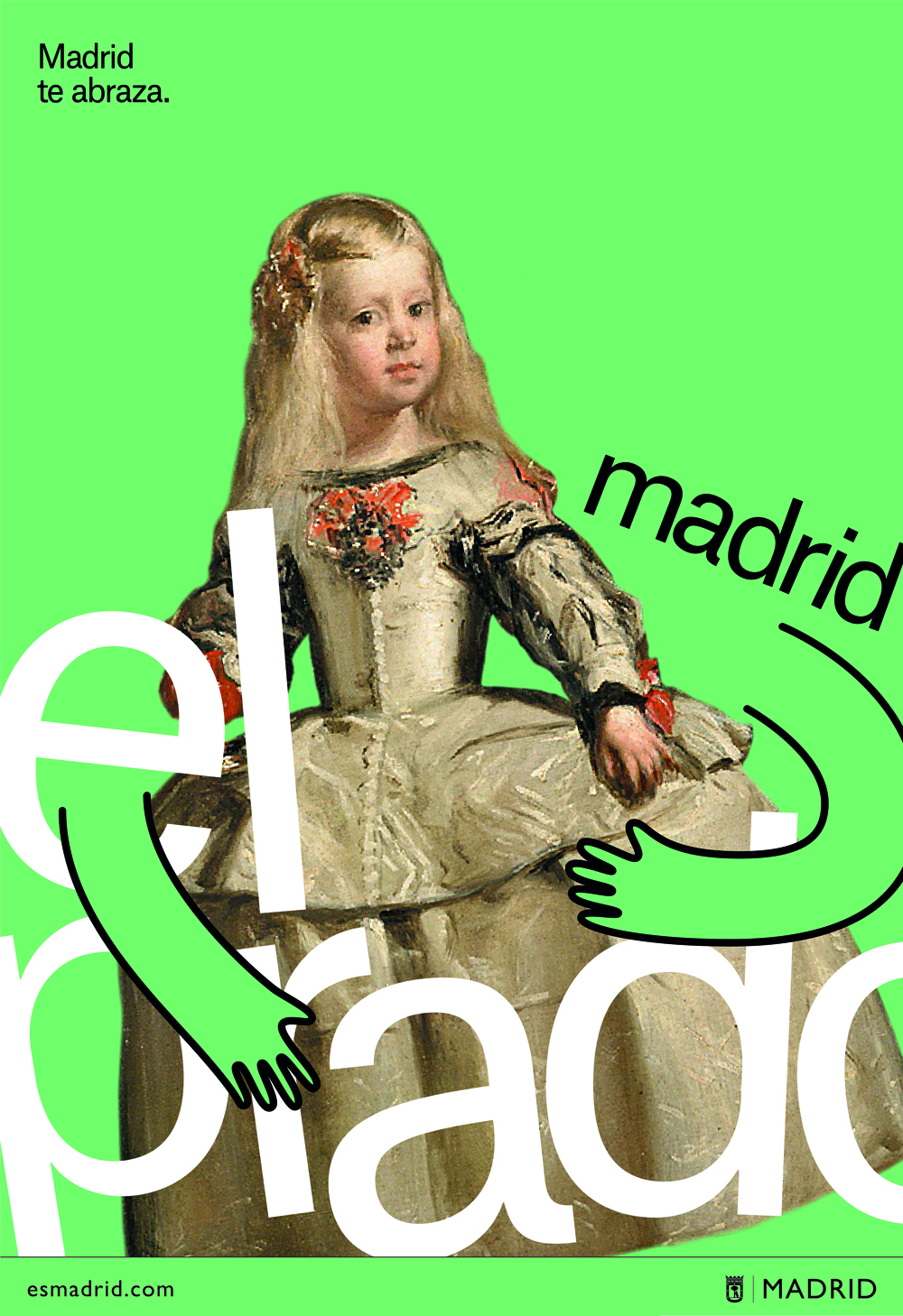 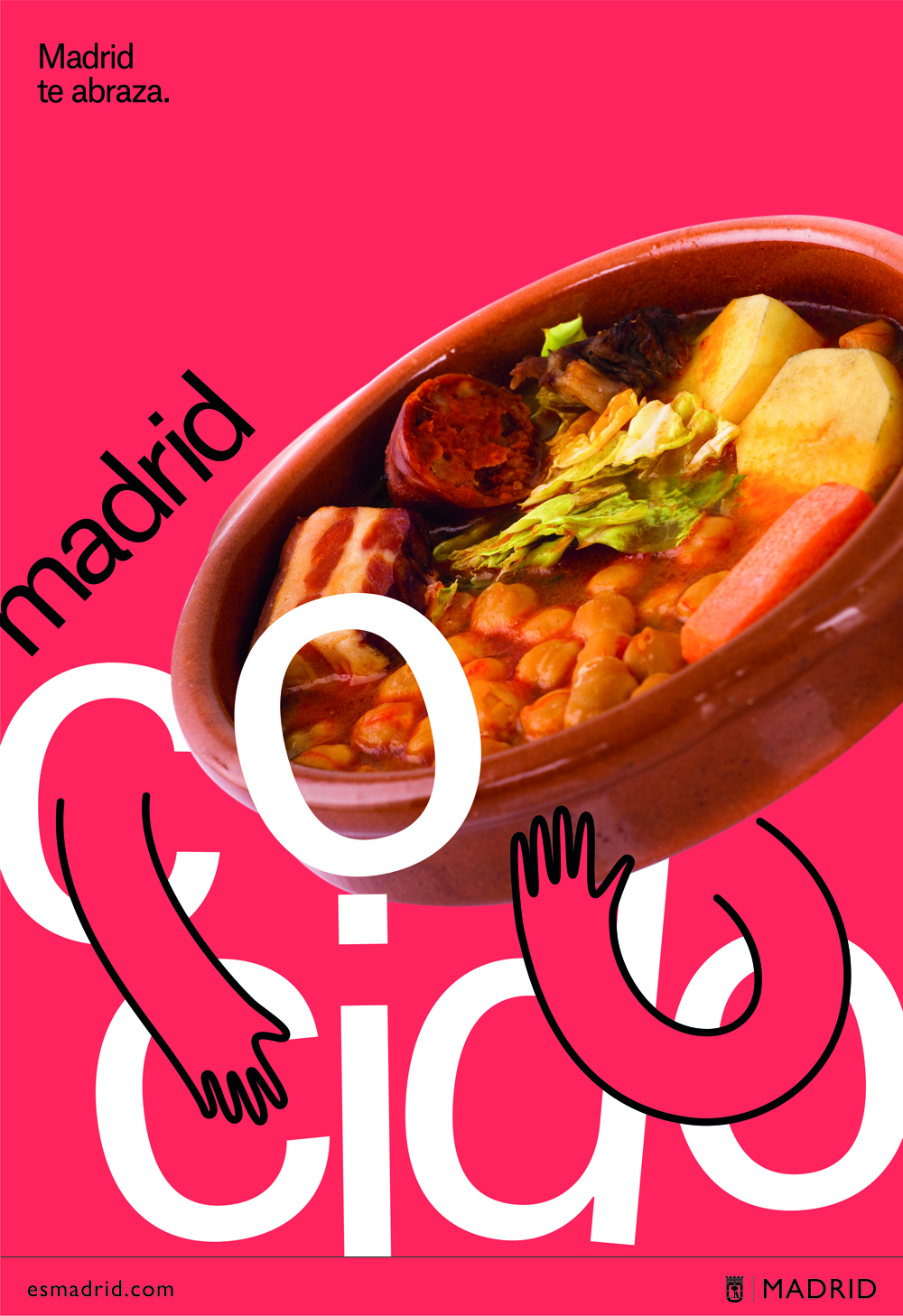 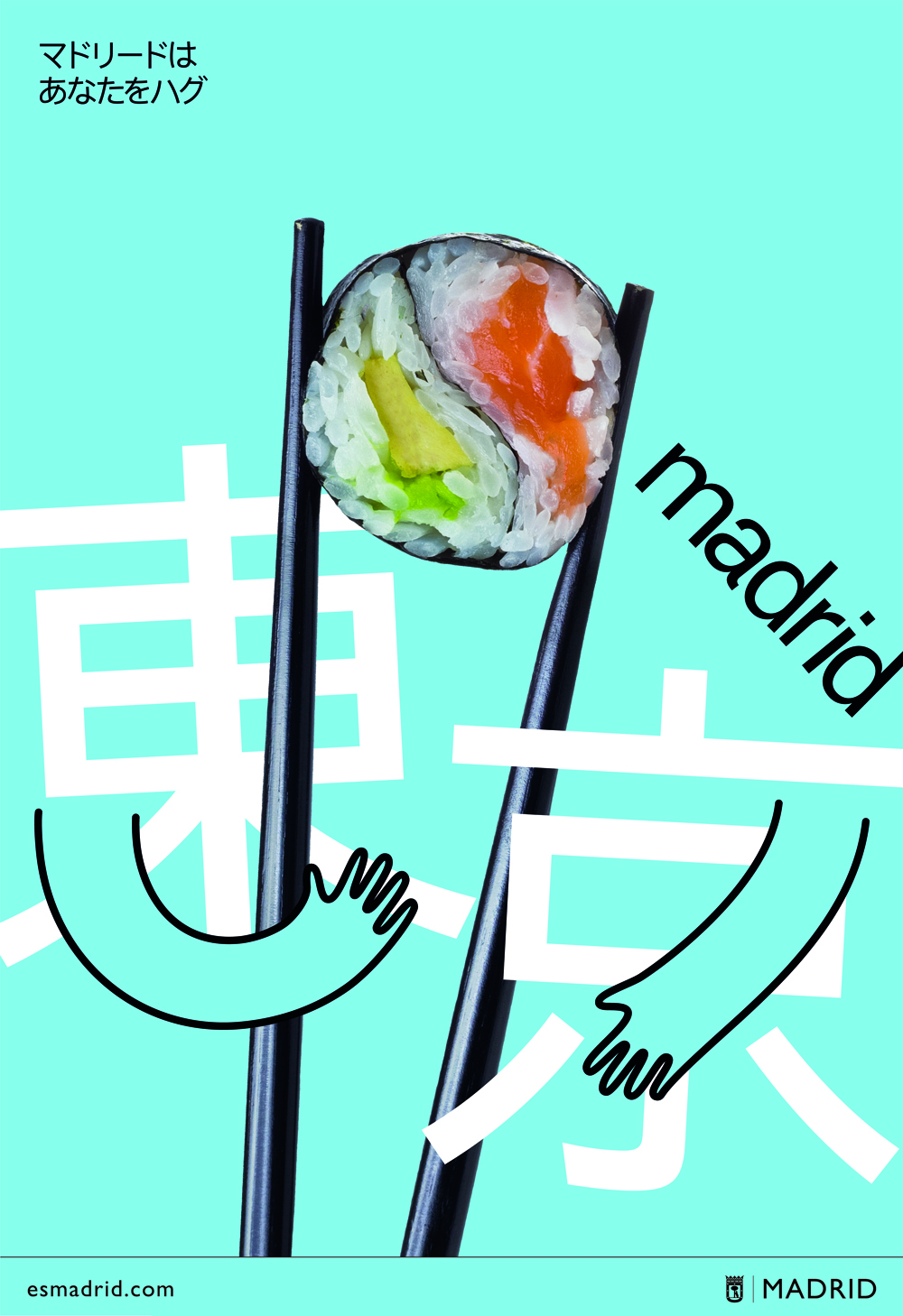 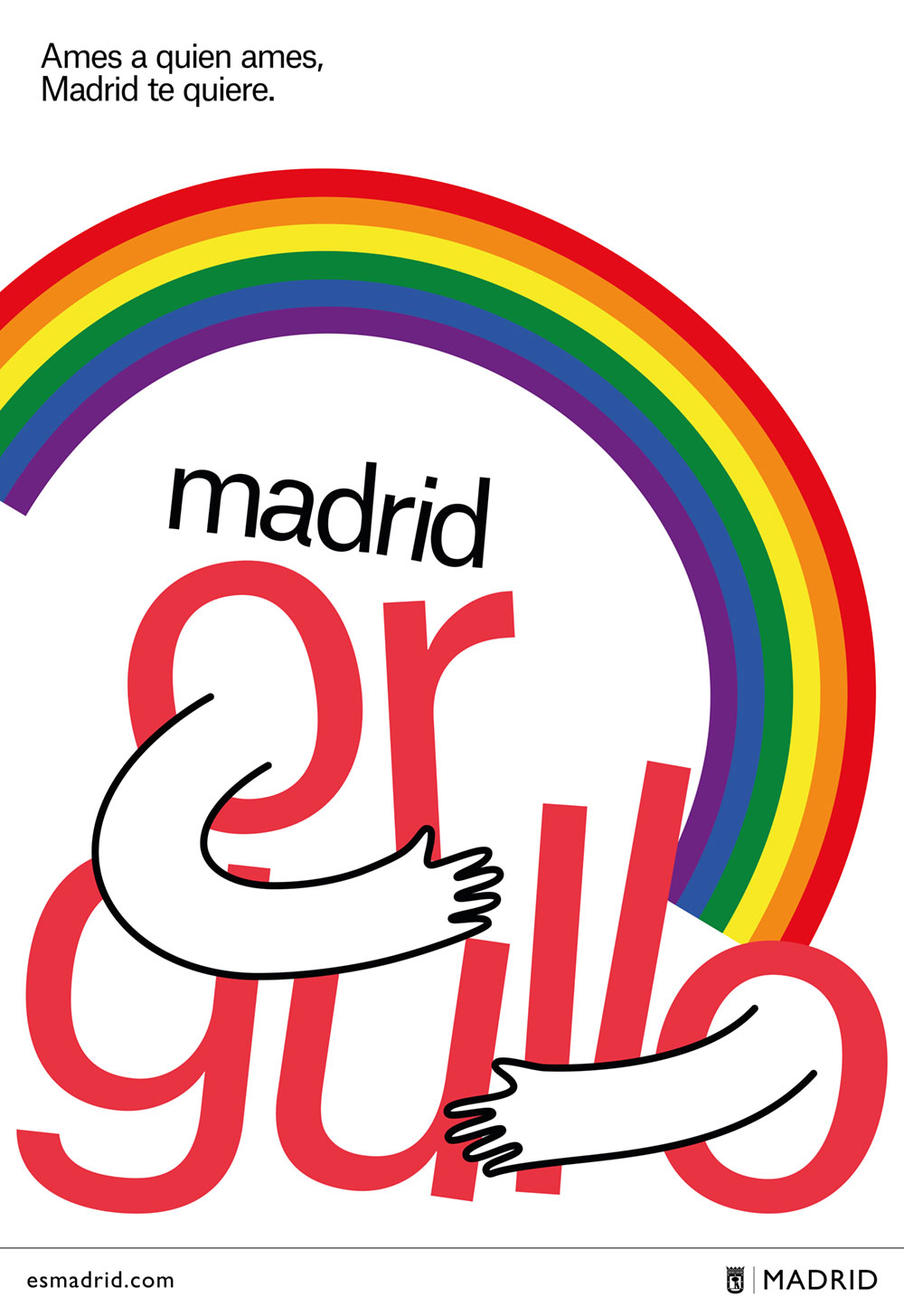 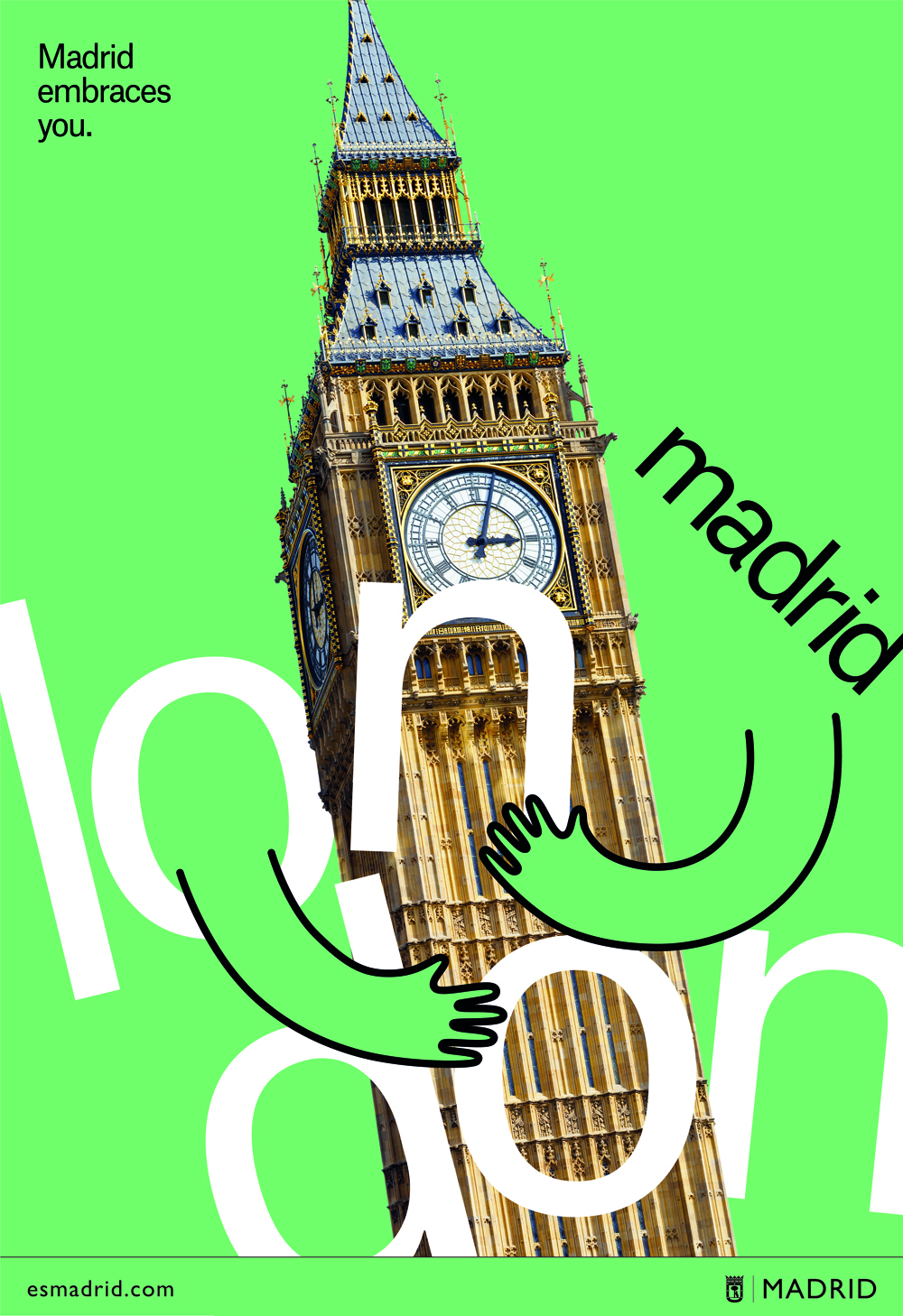